It is generally believed that women are less vulnerable to cardiovascular diseases compared to men. However, recent years have seen a steady rise in incidences of heart diseases among women, and the risk factors begin to become visible post menopause, that is around 50-55 years of age.

Women in India, by and large, are not smokers, and incidence of diabetes and hypertension are much less among them compared to men. That is the reason why females are having less heart-related diseases compared to men, though there is a steady rise in such diseases among them in recent times.

However, what is unfortunate is that heart-related diseases among women are generally neglected, they suffer more from coronary arteries’ problems because of complications, and prognosis is comparatively less.

Once women get heart attack, the chances of them recovering is less; most of them succumb to heart failures or cardiac deaths, or their life-span gets cut short.

Another problem is that cardiac issues among them go unrecognised or unidentified. While men seek medical attention early, such issues among women are either neglected by their families or themselves. That is why, they do not seek medical attention in time and hence diagnosis is delayed. And by the time they are diagnosed with the disease, the functioning of their hearts would have deteriorated and many complications would have arisen. And even in cases where heart diseases have been diagnosed early enough and treatment provided, compared to males, their prognosis is bad. Even if women undergo a good bypass surgery or angioplasty/medical management, the results are not often satisfactory, especially among elderly ladies afflicted with diabetes mellitus.

So, it is important to have their blood pressure (BP) and cholesterol level checked once they cross 45 years. If a woman has a family history of heart diseases, or if she is exposed to tobacco, or is diagnosed with diabetes mellitus, hypertension, a regular check-up and regular intake of medications under doctor’s advice are also highly recommended.

Women, in particular, need to be aware of the signs and symptoms of heart diseases and consult a cardiologist at the earliest. Especially those who are above 45, diabetic/hypertensive and family with history of heart disease. 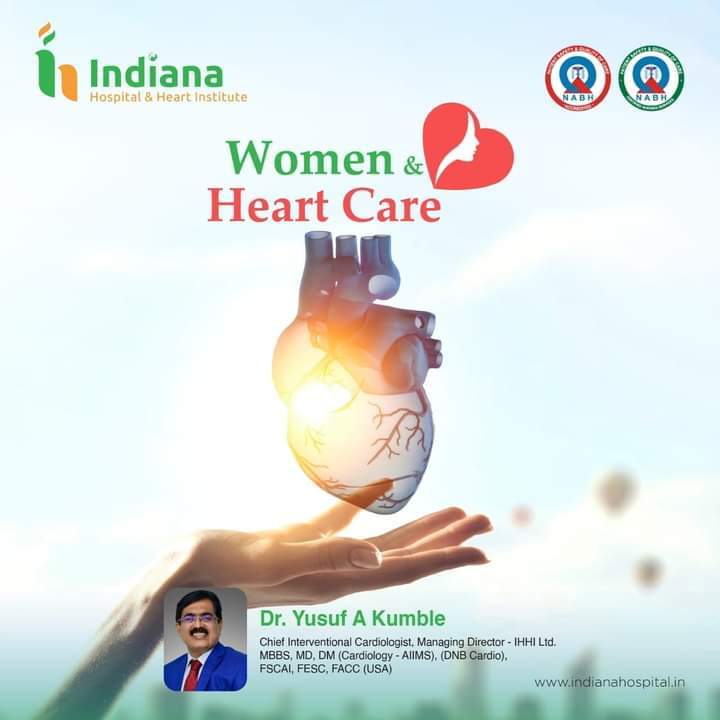